Exercise is well-regarded as being brilliant for our physical health, but did you know it can have just as positive effect on our mental health as well?

Recent studies have shown that both team and endurance sports can lead to less depressive illness and led to fewer days of poor mental health from those studied.  But what about the mental health benefits of strength training in particular?

This is a less researched area. It’s obviously well-known that strength or resistance training leads to much physical benefit including stronger muscles, increased bone density, and a lower risk of falls as we get older; but is shifting weights around at the gym or at home also the key to a healthier mind?

We Know It Helps Reduce Anxiety

Life today is stressful, there’s no doubt about that, especially in these uncertain times. However ‘hard-wired’ we are, we can all get anxious every now and again which may include feelings of restlessness, muscle tension, shaking and constant worry – all symptoms of anxiety.

A conclusion of seven studies in 2010 revealed that moderate intensity strength training led to significant reductions in anxiety symptoms, although it’s worth nothing that none of the participants had been previously diagnosed with anxiety.

It Also Helps With Self-Confidence

A key factor in good mental health is having good self-esteem, or a feeling of value and self-worth. A number of studies have shown that strength training does lead to small increases in self-confidence. Considering that lifting weights increases muscle mass as well as tone and definition, the results could be classed as unsurprising in that people had a better body image and increased confidence in their physical prowess and capability – all increasing self-confidence and physical self-esteem.

Certainly in older adults, studies have shown that strength training can improve memory, attention and decision-making and delay cognitive decline in these areas. A study published in 2014 looked at people with mild impairment in their cognitive abilities. When compared with brain training alone, a combination of both strength training and brain training led to improved cognitive function, the benefits of which were maintained for at least 18 months afterwards.

It Reduces Stress And Aids Sleep

Another benefit of strength training is the reduction in stress levels and promoting better sleep. Increasing your heart rate can reduce stress-induced brain damage by producing neuro-hormones which both increase cognitive function and mood as well as improving thinking. It also aids the body’s central and sympathetic nervous systems to become more ‘in-sync’ with each other improving your ability to overcome stress.

And when it comes to sleep, strength training increases the body’s temperature which can produce a calming effect on the mind. In fact any physical activity helps control what’s know as the ‘circadian rhythm’ which is the body’s built-in alarm clock controlling when we feel tired and when we feel alert.

There is perhaps slightly less research around the effects of strength training on depression. A study in 2018 set out to tell us whether lifting weights meaningfully affects the onset and severity of depressive illness and whether the amount of exercise as well as gender, age and overall health of the participants made any difference.

Researchers found that strength or resistance training consistently reduced depressive symptoms, whether formally diagnosed at the beginning of the study or not. In other words, those who began the study with depression often felt better after taking up strength training, and those who started out with good mental health ended the study with less chance of having become sad or deflated than those who did not train at all. This was apparent across all age ranges.

Another interesting conclusion of the study was that it didn’t seem to matter how often the subjects undertook training – whether twice or five times a week – or how many reps of each exercise were completed, the benefits appeared to be the same. 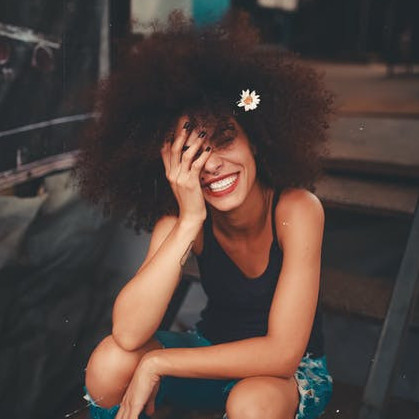 It’s not difficult to see how strength or resistance training can have a positive impact both physically and psychologically if you consider the process involved from beginning to end. You could even describe it as quite meditative.

Typically you start a session with stretching and mobility which gives you an idea as to how your body and mind are feeling and how you might approach the workout. Then during the workout you are focused purely on the session, forgetting about anything else going on that day and giving yourself 100% to the challenge of shifting weight, overcoming the load placed on your muscles and the tension you create to generate force and controlling your breath between moves.

Afterwards you tend to look back on what you have just accomplished and consider areas for improvement, whilst also generally feeling a sense of satisfaction when you achieve your goals – especially if these seemed previously unattainable.

Part Of The Solution But Not Necessarily The Cure

There’s no doubt that the mental health benefits of strength training are proven. Evidence suggests exercise, including strength training, helps to improve mental health, whether that’s anxiety, stress, depression or overall self-esteem, or a combination of all. Of course it’s important to note that exercise is not the ultimate answer or remedy for mental illness and what works for one person may not quite have the same effect on someone else. It can be part of the solution however.

It’s always worth remembering that there’s lots of help available for mental illness which can be in the form of exercise, meditation or, if needed, professional medical help and it’s recommended that if you are suffering from a mental health condition you seek medical advice where a number of remedies, including exercise, may be prescribed.

What is your experience with mental health? Have you found that strength training, or other forms or exercise, has a positive effect on both your body and mind? Perhaps you don’t suffer from poor mental health at all but you go to the gym partly because of the way it makes you feel during and afterwards? If not strength training, what form of exercise makes you feel good? Comment underneath and let me know your thoughts.